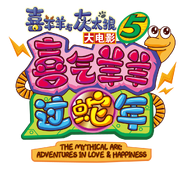 Wolffy invents "Weather control" to capture goats but end up losing control of wind, rain, thunder and lightning and thus Green-Green Grassland suffers a lot from the changeable weather. In order to initiate the spaceship to take the Green-Green Grassland residents away from disaster, little goats start their journey of finding a snake tribe that has been missing for thousand years. It takes them a while to notice that their new friend Bieber is exactly the extinct snake. Luckily, tribes work together to solve the weather chaos despite their differences and save the Green-Green Grassland.[1]

Community content is available under CC-BY-SA unless otherwise noted.
Advertisement